It is a common tradition in western (and some eastern) countries for people to make New Year’s resolutions. You know the drill—on New Year’s Eve a person resolves to change an undesired trait or behaviour, to accomplish a personal goal, or otherwise improve their life. Most of us have done it … and most of us know the results are normally pretty underwhelming.

What does the Bible say about New Year’s resolutions (NYRs)?

The starting point is that the Bible says NYRs shouldn’t be confined to one day a year. When it comes to ‘undesired behaviours’, what the Bible would generally more bluntly call sin, Christians are convinced we should be constantly repenting. When we are aware of sin, we are to bring it to the Lord and ask/claim the forgiveness that is ours in Christ (see Psalm 51). In the end we are incapable of changing our core human condition—only God can bring this about by His word and the work of His Spirit. The Bible speaks of us being ‘slaves’ to sin and only freed from this slavery by the gospel of God. Christian NYRs should happen all year round in reliance on God to bring about core change in our heart and behaviour.

What about making NYRs which are about future goals and plans? What does the Bible say about these? After all, isn’t the Lord both sovereign and omniscient/all-knowing? He both knows and has authority over everything, including the future. If that is the case, is there any point in making plans?

Even a cursory scan of the New Testament illustrates the way godly men and women constantly make plans to serve the Lord. In Romans 15, the Apostle Paul speaks about his plans to visit the Christians in Rome and get them to assist him in his gospel ministry to Spain. A very strategic approach to getting the gospel to those who haven’t heard it. This illustrates a good point—believers are to be always planning to see God’s name honoured by the extension of the gospel.

Yet Christians are not to think like deists. That is, we don’t live as if God has created the world and set it going, and then retreated to a distant place where he observes us making decisions as if he doesn’t care or has removed Himself from constantly superintending the world he has made. The letter of James has a corrective to this sort of thinking:

“Now listen, you who say, ‘Today or tomorrow we will go to this or that city, spend a year there, carry on business and make money’. Why, you do not even know what will happen tomorrow. What is your life? You are a mist that appears for a little while and then vanishes. Instead you ought to say, ‘If it is the Lord’s will, we will live and do this or that.’
James 4:13-15

The warning is against thinking, in our arrogance, that we control our future. A right understanding of the world incorporates a clear knowledge that God rules over all.

NYRs are an interesting cultural feature of the landscape in Australia. In a sense, Christians make resolutions to honour God constantly, and do so recognising His overarching authority and goodness in all things. 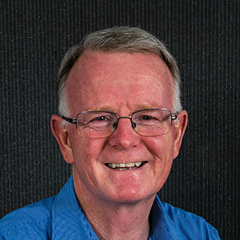 Previous
Children Of God
Next
Hate The Sin, Love The Sinner
Ask a question